The Bible for all peoples and multiethnic churches too

Posted on May 9, 2016 by .BIBLE Registry Categories: Examples

Recent current events have again surfaced the racial tensions in the United States and reveals how the racialized history of American society still leaves many issues unresolved. The statistical reality is that a majority of churches in America are segregated by race, with only 20% of churches have an attendance where no single racial or ethnic group makes up at least 80% of the congregation. (cf. 2012 National Congregations Study, cited by Pew Research Center’s report, Many U.S. congregations are still racially segregated, but things are changing) 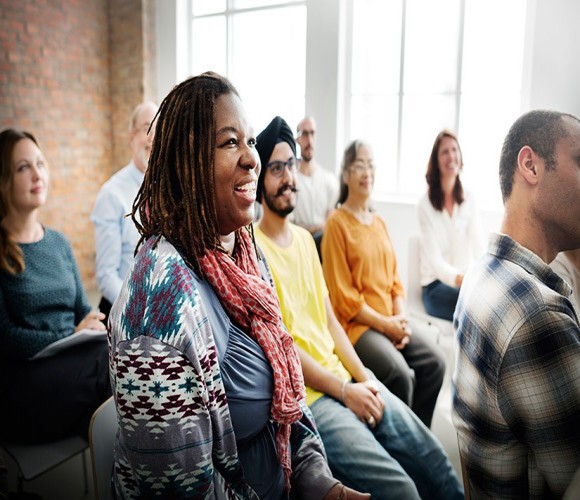 One author makes a case for how the “multiethnic church is the answer to the problem of race in America” (bold emphasis added) in this article posted at the American Bible Society blog, Should Every Church Be Multiethnic? — and points to the following Bible passages — “Although there are exceptions to the rule, the biblical mandate for multiethnic churches is clear:

American Bible Society has also hosted important discussions, “Under My Skin,” as noted in— Is Your Church Talking About Race? - Leading courageous conversations:

We live at a critical intersection regarding race relations. The topic is impossible to ignore. Racial issues are headlining our news reports. Accounts of police brutality fill our newsfeeds. Hidden injustices are coming into the light. I find myself asking, how did I not see all this before? What role am I supposed to play now that the blinders are removed? How can Scripture help me, and us all, live into a more just reality?

... a group of faith leaders in Philadelphia—representing different ethnic backgrounds, church denominations, and ministries—gathered to grapple with similar questions. All of us came with a desire to learn from people outside our regular circles. We came ready to talk openly, to name the realities—and hopefully to move towards healing.

“Under My Skin,” hosted by American Bible Society and Biblical Theological Seminary, brought together a panel of speakers to spark conversations about race and the Church. The topics included “Black & White: Racial Identity at a Crossroads,” “Latino & Asian: Broadening the Conversation” and “Flesh & Spirit: Refocusing the Lens.”

Watch the “Under My Skin” videos at americanbible.org/under-my-skin to engage these topics and allow the Bible to bring healing to racial tensions.

Church leaders from different theological traditions and faith perspectives have chimed in on this critically important topic:

The Gospel and Multiethnic Churches: An Interview with Derwin Gray (in Patheos)

The Joyful Pursuit of Multi-ethnic Churches (The Gospel Coalition)

The Multi-Ethnic Church: A Historical Challenge (Mark DeYmaz in The Christian Post)

Facts & Trends also featured this topic in United by the Gospel: Beauty of the multiethnic church.

Personally, I’ve noticed how the Bible itself is multiethnic and multicultural, most significantly and obviously are the four Gospels: “… these multiple presentations of the life of Christ is to make it more understandable and meaningful to particular people in specific cultures: Matthew for the Jews. Mark for the Romans. Luke for the Greeks. John for all humanity, the cosmopolitan & multicultural. The more scalable & easier-reproduced “one size fits all” Gospel presentation apparently doesn’t reach everyone.”

How have you found richer appreciation for the Bible by engaging the Scriptures with a racially diverse Christian community? Add a comment below.