Whether it’s called global missions or world evangelization, the Christian mandate from the Bible has always been to reach all peoples with the truth and life of the Bible. And the Bible alone has the truth that sets people free (John 8:32) and to gives people the gift of an abundant life (John 10:10).

American Bible Society’s role in world missions is also noteworthy, as seen in this quote from a research article titled, “Student Power in World Evangelism (Urbana 1970)” by David Howard:

In 1816, [Samuel J. Mills, Jr.] also was a founding member of the American Bible Society, a group whose influence on world evangelism for a century and a half has been incalculable.

How that same heartbeat is said today at American Bible Society: “We envision a different world, where all people have access to the life-changing message of God’s Word.” 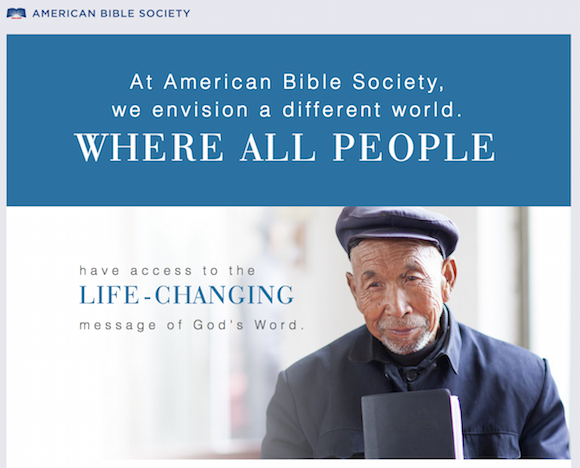 This article will note 3 other enduring catalysts that continue to motivate and mobilize followers of Christ to take part in God’s mission to bring His truth and grace to all peoples around the world.

The first catalyst is Urbana, one of the largest student missions conferences in the world, held every three years since 1946. The conference is named for its original location in Urbana, Illinois, and Urbana has been a catalytic event that brings together a diverse mix of college and graduate students, faculty, recent graduates, pastors, church and ministry leaders, and exhibitors, all around the topic of global missions. Over the course of the past 23 Urbana conferences, God has used Urbana to challenge nearly 300,000 participants with their responsibility and privilege in global missions. 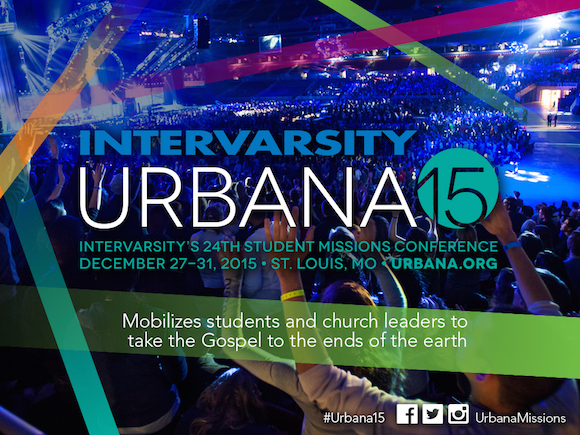 The second catalyst is a course called Perspectives on the World Christian Movement, or Perspectives, for short. Perspectives is a 15-week course designed around 4 vantage points or “perspectives” — Biblical, Historical, Cultural and Strategic, Each one highlights different aspects of God’s global purpose, found throughout the Scriptures, and every Christian plays a vital role. in the world mission movement.

Perspectives originated in the U.S.A., but many countries have developed their own Perspectives programs, such as South Korea, Australia, India, and others. Since 1974, over 100,000 in the U.S.A. and 130,000 worldwide have taken the Perspectives course.

The third catalyst is related to the second. The Perspectives Study Program is a ministry of the Frontier Ventures, a non-denominational ministry that exists to enhance the effectiveness of the mission movement among the world’s least reached peoples. Originally founded in 1976 as the U.S. Center for World Mission by mission statesman Dr. Ralph D. Winter to create a collaborative research and implementation center focused on unreached people groups.

Recently in March 2015, 2 well-known frontier mission organizations were reorganized and rebranded. Frontier Mission Fellowship and U.S. Center for World Mission became known as Frontier Ventures. Read more about this rebranding in the press release, The U.S. Center for World Mission and the Frontier Mission Fellowship Reorganizing and Renaming: 40-Year-Old Frontier Mission Organization Retools For A New Era. As illustrated in this graphic for this family of ministries, Frontier Ventures shows its collaborative efforts for the world. 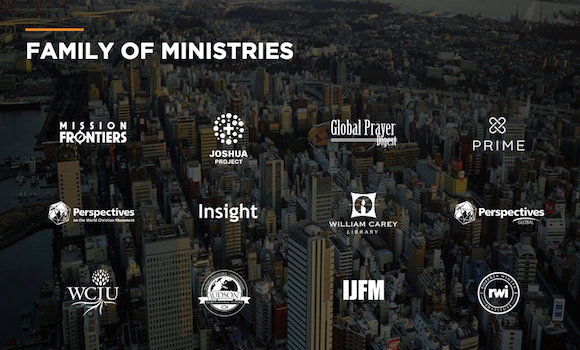 “For God so loved the world” is an urgent message that people still have not heard. The .BIBLE top-level domain wants to make the Bible more accessible on the Internet to our inter-connected world today. Can you see it? It’s not about the domain names or the technology, it’s about the changed lives of people in the generations of today and the future. Every website and every app still needs a domain name, and the more memorable, meaningful, and obvious that domain name is, the more accessible its resources will be.